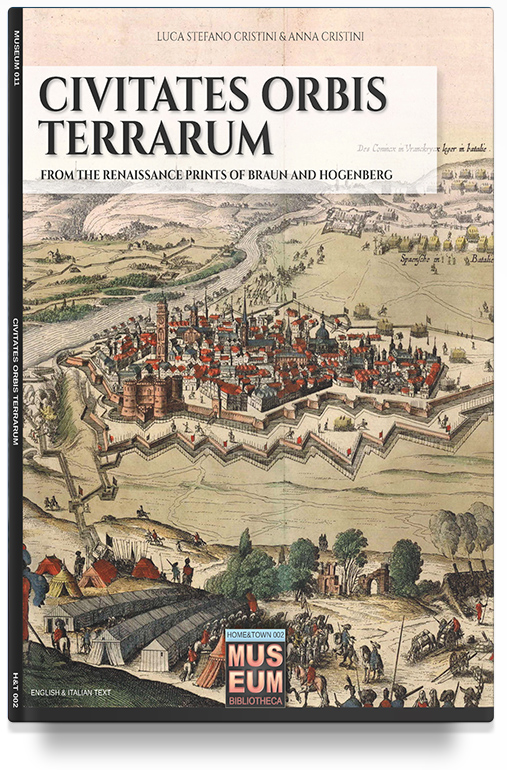 One of the first atlases in history was created by Georg Braun in 1572, thanks to technological improvements and new geographical discoveries: modern cartography was rising at the same time with mankind during Renaissance. In this first volume dedicated to Civitates Orbis Terrarum are reported the 80 plates describing Italy, from north to south, and following the navigation through the Mediterranean Sea’s costs. We invite you to a trip where you can explore and recognize familiar cities and towns, but are you ready to discover their appearance five centuries ago? Anna Cristini, 100 pagine in italiano e inglese.